Engagement, Fun, or Pain and Avoidance

There is Always a Solution 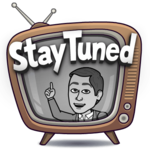 Ron Rogers, Ed.D
A person that has invested in the lives of others through many avenues including education.

Why can some people pull the best from a group of people and others cause people to shut-down? Most educators would agree with being involved in a meeting where the engagement is high creates a satisfying and rewarding time for all. Think back to a meeting you were involved and a topic that one would have thought there was only one answer too however with the synergy of a team there were more and more ideas and suggestions to assist in solving the proposed problem. One of the best parts of this example is everyone walks away happy, invigorated, vested and fulfilled.

While thinking about the opposite of this example would be a meeting where there is a problem introduced, and everyone looks around at each other, or worse everyone keeps his or her eyes down with little to no eye contact. The room grows cold, and the quietness is piercing. Sometimes one may even hear negative comments. Not only are visual social clues being ignored but verbal outcries are going rejected.

Ritchhart (2015, pg. 78) discusses the "Language of Mindfulness" which discussed how we introduce a situation or problem in such a way to keep the door open, with room for interpretation.

When introducing a problem in this way creates an atmosphere of openness, ambiguity, and room for discussion and many thoughts on the problem introduced to the group. The author makes his point when saying,

What is the solution? One must ask themselves "Am I a good listener?" When one can listen well, then one can listen to whether they are asking questions correctly. Ritchhart says there is "Conditional language" and "Absolute language" (2015 pg. 79). Be sure not only to listen well to others but be cognizant of what one is asking and the language used.

The conditional language invites people into the conversation compared to the absolute language which expresses one right or wrong answer. This language sounds "defensive, aggressive and dogmatic," according to Ritchhart (pg.80). It becomes clear at the end that conditional language forgoes early closure which allows teams to pool their ideas and arrive at many solutions and possibilities.

A person that has invested in the lives of others through many avenues including education.

You can also find Ron Rogers, Ed.D on Twitter. Get in touch by Email.

This update link alerts you to new Silvrback admin blog posts. A green bubble beside the link indicates a new post. Click the link to the admin blog and the bubble disappears.